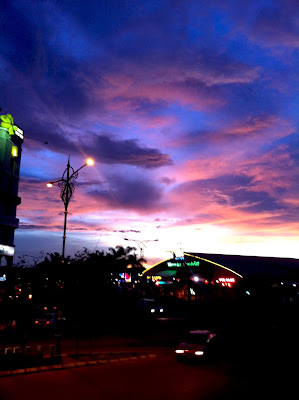 DAY 27: (Danny) When we landed in Malaysia, we were met by Chew and Nick from the U.S. Embassy and the Kota Kinabalu City Council. They hung welcome beads around our necks and told us how happy they were to have us in their country. They understood how tired we were and how we must have felt traveling so far to our last country on the tour. We told them how excited we were to experience a place we knew so little about. I had eaten at a few Malaysian restaurants in New York City, but otherwise, I knew nothig about the country or its culture. 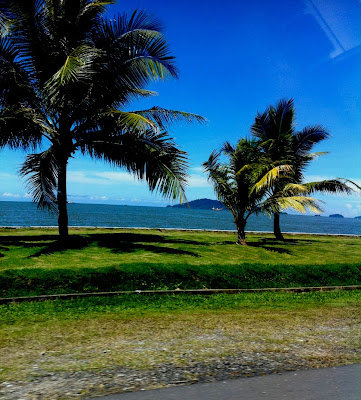 At our introductory meeting and briefing, we met our embassy liaison as well as the SPARKS performing arts organization/team led by the president, Cheong Kok Ann. They do such a great job of bringing culture and art to Malaysia. Cheong would prove to be very generous with his time by showing us many cool places in the city, including an indoor archery range where we acted out our Robin Hood fantasies. After our security briefing, we needed some rest because it looked like we were on the verge of a very busy schedule. I had to eat before I slept so I wandered down to the lobby and scored a big plate of mee goren noodles. After, I wandered around the lobby and found a great vocal group in one if the hotel’s lounges. They were doing a mix of classic rock and pop. I later found out that a lot of vocal groups from The Philippines travel to Malaysia to perform. I applauded their polished sound, choice of material and sexy dresses! 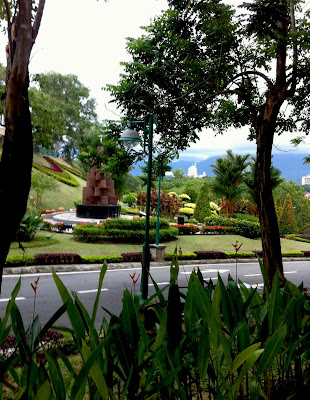 The next day, we went to the University of Malaysia SABA to do a workshop and an evening concert in one of the most beautiful concert halls we’d been in on the tour. There was a grand piano for Johnny, which made him very happy, and set the tone for a great show. Before we got started, we went to the campus radio station to do an interview and play some tunes. While we were there, we did a fun station promo, something we got really good at during the tour.

The workshop was so much fun as we continued to break down the walls between the audience and our music. We discovered some fine young musicians in attendance including some singers, a jazz violinist and a melodica player. After, we rehearsed with a great guitarist and new friend, Rodger Wang. Rodger had been contracted to get us around and integrate us into the musical community. He brought in an arrangement of a Malaysian popular tune that had a similar message as New York State of Mind. He was accompanied by a great young singer and saxophonist. At the rehearsal, we read down the chart and added some Johnny Rodgers Band sound to the music. Rodger already had a great arrangement and charts so the rehearsal went well. He’s a great composer and runs his own studio in town. 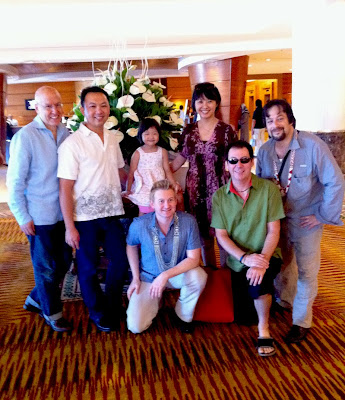 After the concert, we found out he had won an award for best international song from the Malaysian music Grammys. Members of the City Council took us out to an incredible dinner at a local restaurant later that evening. 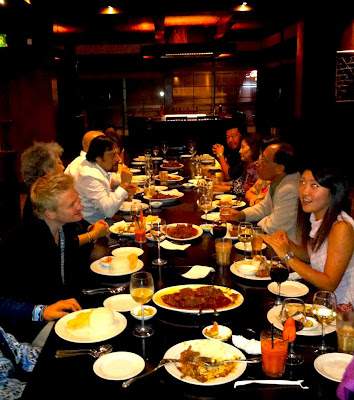 The next day I took a walk to the waterfront, which was basically across the street from the hotel. The esplanade was filled with open air booths of merchants selling fresh fish, shells, peppers, seaweed, conch, bananas, colorful fruits and jewelry. 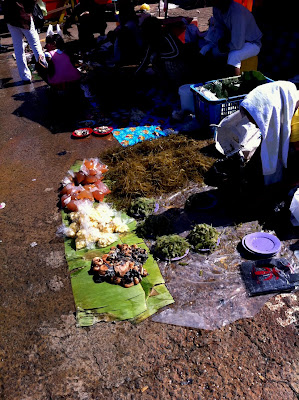 The sights, sounds and smells were overwhelming and intoxicating. 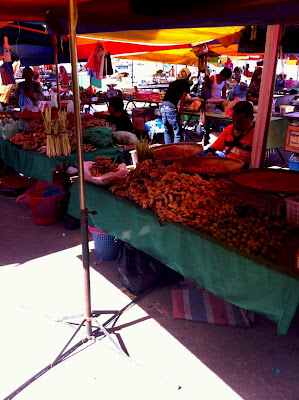 There’s an island in the bay inhabited by illegal immigrants who have claimed it as their own with an established island government of their own. It is said that even the Kota Kinabalu police don’t try to enter the island because it would incite extreme violence. Yet, the inhabitants of the island come over in boats to trade and work in the city. 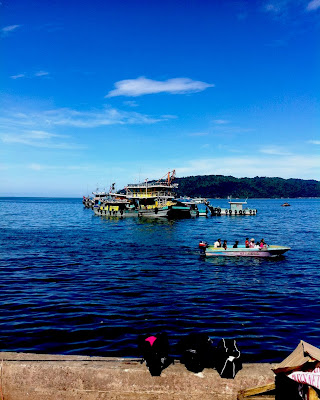 Somehow, between all the ethnic and religious diversity in this city, everyone gets along working together, side by side. They share the same beautiful Malaysian sunsets and the bountiful, diverse food from land and sea. Maybe in this sharing of nature and culture, a silent bond is formed, a communion of community.