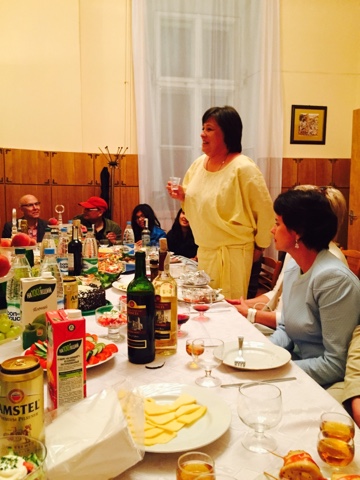 Humans throughout history have based a lot of traditions and customs around food and drink. Raising a glass to another’s health can even be found in the Odyssey when Ulysses drinks to the health of Achilles. The term “toast” itself originated in the 16th century. One of the first written accounts of it was in Shakespeare’s The Merry Wives of Windsor when the character of Falstaff demands – “Go fetch me a quart of sack; put a toast in’t.”  They would add the toast to take out the acidity of the inferior
quality wine.
Toasting to everyone in the room became a way of drinking in excess without seeming like a lush. Eventually toastmasters were hired for events so that it all could be kept under control.
Well after having toured Russia and since playing in a Russian band in NY, I thought I’d heard some good toasts, but in Belarus there are traditions that refer to which number toast you are raising.
After our performance that closed the first night of the Grodno Jazz festival,
our hosts invited us to a post show reception that included some of the other performers from Poland and Germany. Also in attendance were The U.S. Charge d’affaires  Scott Rauland, his wife Fran, our interpreter Olga, the Indian Ambassador to the UN and Grodno/Belarusian officials. 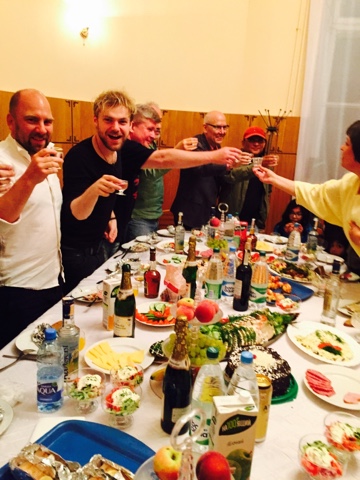 So I made the opening toast about how lucky we are to have music and how it brought us all together etc. Then it was said that the second toast (we were drinking Belarusian vodka and cognac) had to come quickly after the first so a bullet wouldn’t  be able to fit between the two. The third toast was for the man, made by a woman and the men had to stand to drink that one. The fourth toast was to the woman and had to be made by a man and the men had to stand to drink that also and the drink had to be finished all at once.  I’m a little foggy on some of the details,  because there were a few toasts;) The fifth toast was to being less formal because usually by that time, most of the important officials would have left. I don’t remember the sixth toast except that someone lost count and called it the seventh? It was a real sharing of life between so many cultures and nationalities. We had an early masterclass/workshop to give the next morning so luckily by the last toast the food, drink and company had come to an end. 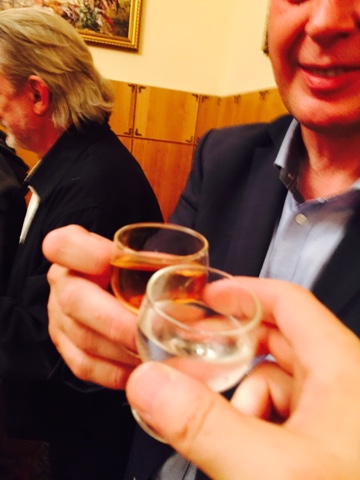 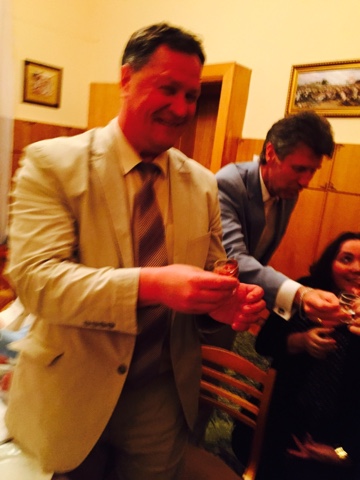 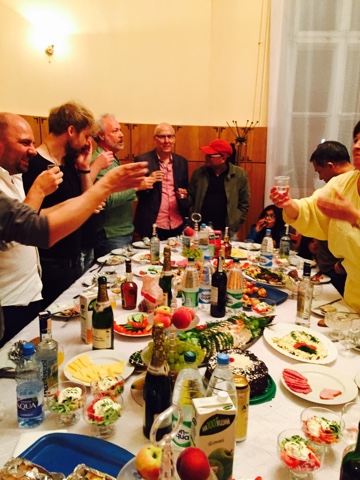 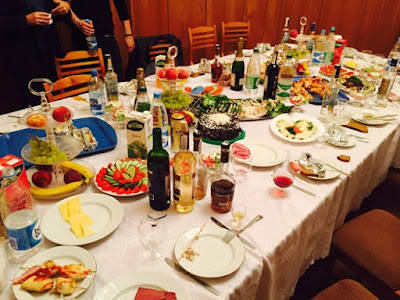