I would like to dedicate this  post to all the millions of people who now have the freedom to marry all across the U.S., to all the millions of people who will now be able to keep their affordable health care, to all those who lost their lives in WW2 here in Belarus and to the mayrtrs in Charleston who lost their lives this week while embracing their faith. 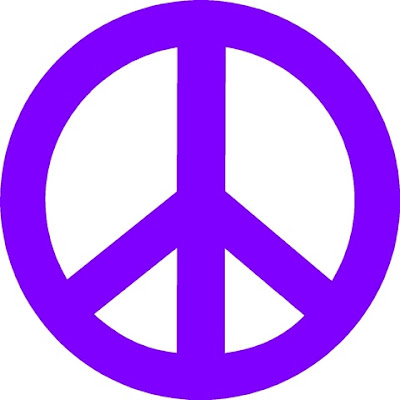 Yesterday our wonderful translator and new friend Olga, took us on a three hour walking tour of Minsk. When we visit a country to bring American music abroad, the cultural sharing is not just a one way street, it’s an exchange also. It’s just as important that we learn about their culture are share that with our friends in the States. When I tell people that I’m going to Belarus, many aren’t sure where it is geographically. 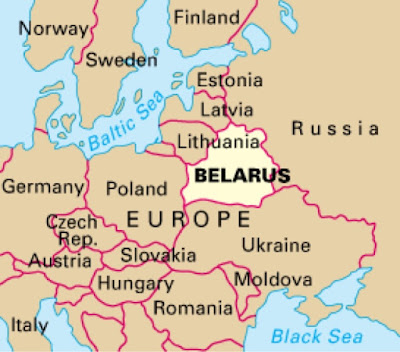 Because of where Minsk is located, It was almost totally destroyed during WW2. It was caught geographically in between the warring factions of Eastern Europe. What wasn’t destroyed by war, was leveled by Stalin and rebuilt in the Soviet era style to show how resilient the Soviets were after the war. The architecture reminds me of Moscow with it’s federal style state buildings. There are almost no examples of pre war architecture in Minsk. 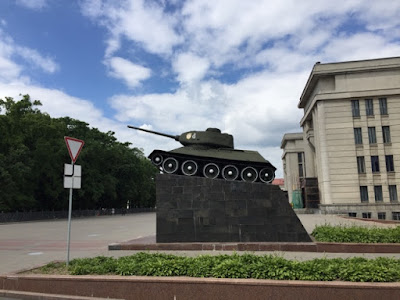 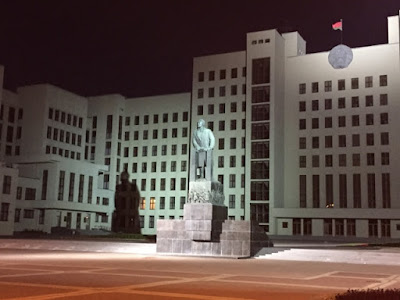 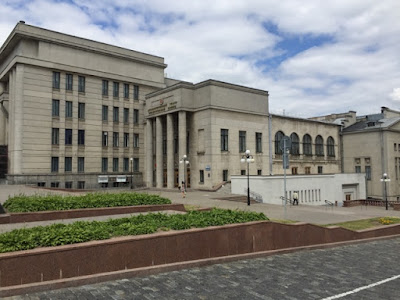 The area near the hotel is a mile or so from downtown and the Philharmonic hall where we played. There is a lot of construction and as the old Soviet style wooden workers houses are being torn down, the people are being relocated to the outskirts of the city. 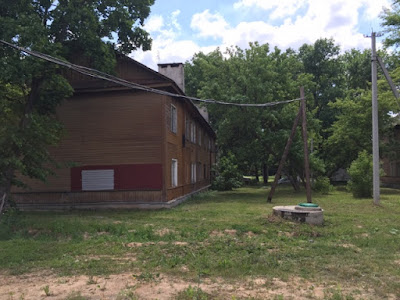 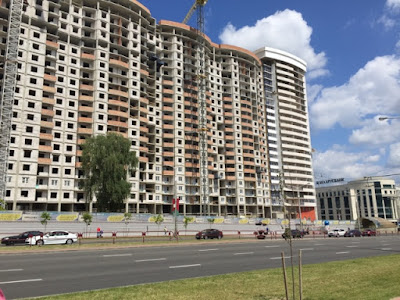 Brian and I ventured out each night in search of some traditional Belarusian food and drink. We managed to find some great borscht, potato pancakes and of course beer;) 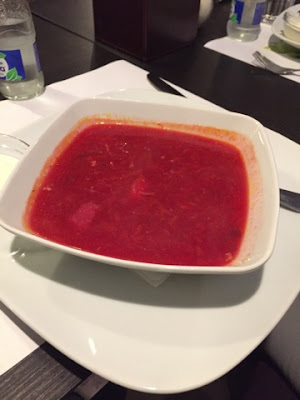 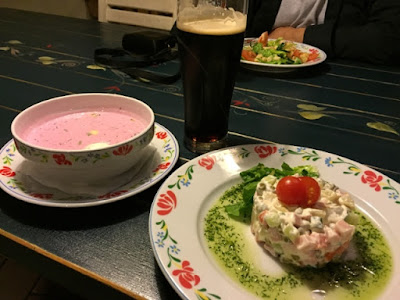 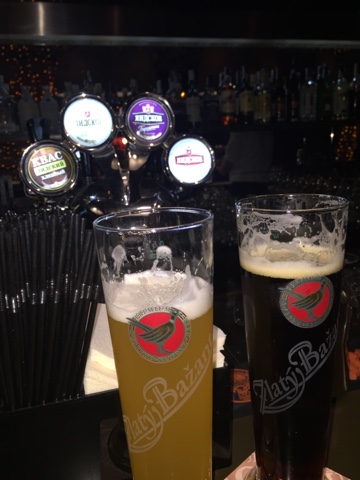 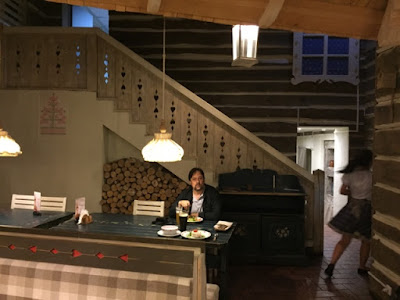 We took taxis to the restaurants but walked back. It is very safe here at night. We snapped off a couple of pictures of the metro here, although I found out afterwards that it’s against the law. 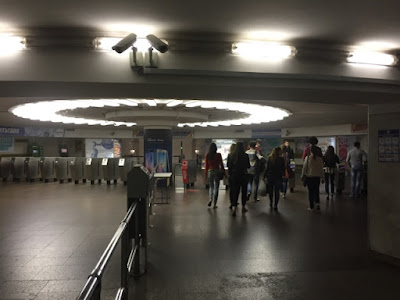 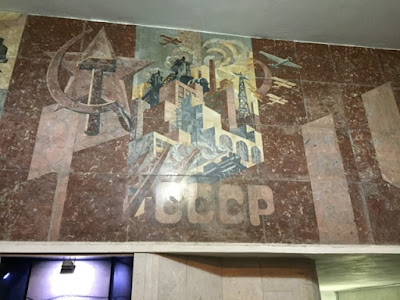 The borders have shifted here a few times and there remains a big Polish and Russian influence. Most everyone speaks Russian although there is a movement to

The first ever communist party meetings took place here in Minsk. Here is the house where it supposedly all started. 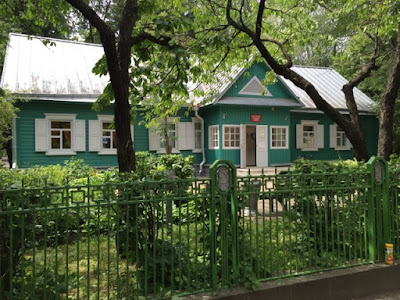 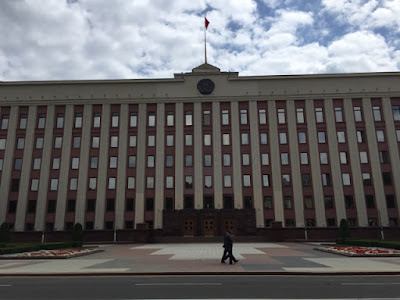 We did get to see some of the old city center where there are some nice parks and some old churches. 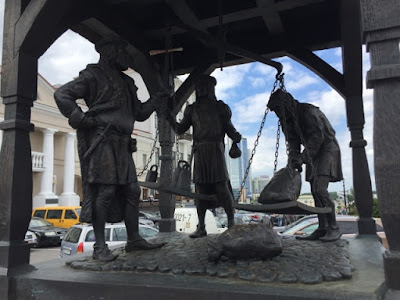 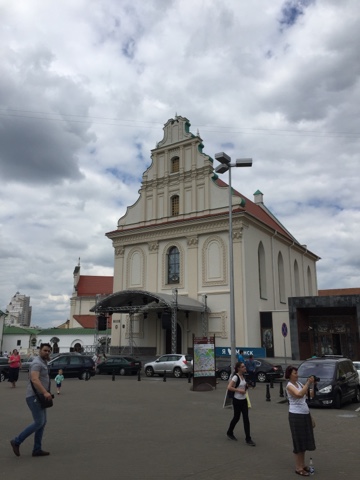 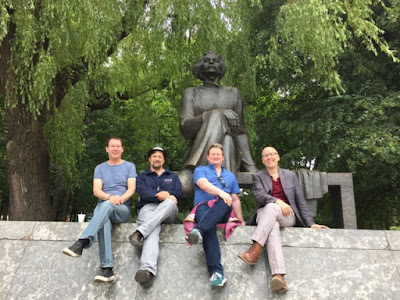 The people here are warm and welcoming. We are lucky to have had a chance to see a place that not many Americans get to experience. 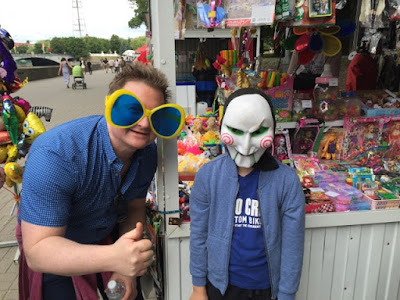 After so much walking we decided to take the horse and carriage back to the hotel. 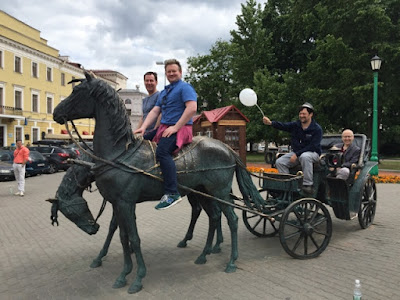